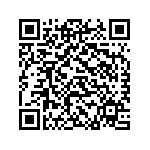 “Changing the world, child by child”. This is the vision of Roots of Empathy, an award-winning charitable organization that offers empathy-based programming for children. Roots of Empathy is considered a model of social innovation and has two programs: a flagship program of the same name for children in elementary school (Roots of Empathy) and Seeds of Empathy, a program for children aged three to five in early childhood settings. Both programs have shown dramatic effect in reducing levels of aggression among children while raising their social and emotional competence and increasing empathy.
The Roots of Empathy Program is a classroom program to help children become more confident and caring citizens today and more caring parents of tomorrow. The programme involves a parent from the local community bringing their baby (between 2-4 moths) in the classroom and visiting on a regular basis. The children are there to observe the baby: how it is feeling and how it reacts to the world and in turn to learn about themselves.
Children are taught emotional literacy: through observing the baby, its feelings, the relationship with the parents, they understand the baby’s intentions and emotions, and manage put names to those feelings and to understand their own feelings and other’s. Children also learn how to problem solve: they solve the problem of the baby and they take that learning to problem solve in their relationship.
Roots of Empathy builds communities: as Mary Gordon, founder and President of Roots of Empathy highlights: “When Root of Empathy comes to a school, it also comes to a community, building bridges from the school to the community, which sometimes are difficult to build”.
Roots of Empathy was created in Toronto, Canada, in 1996 and became a charitable, not for profit organization in 2000. Its founder, Mary Gordon, is an award winning social entrepreneur, Ashoka Fellow, educator, child advocate and parenting expert. She speaks and consults to governments, educational organizations, and public institutions, like the Nelson Mandela’s children’s foundation, the World Health Organization, the Skoll World Forum and the United Nations.
The program is delivered to schoolchildren from kindergarten to Grade 8 across Canada, in English and in French, and in rural, urban, and remote communities. It also reaches children in the USA, New Zealand, the Isle of Man, Northern Ireland, The Republic of Ireland, Scotland, England, Wales and Germany. Roots of Empathy was one of three winners of an international Changemakers award from the Ashoka organization. To date, the program has reached 450,000 children worldwide.