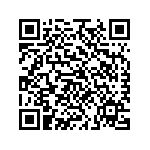 VitaEurope meets Gerry Salole, CEO of the European Foundation Centre to talk about the state of the art of philanthropy in Europe and how foundations and people can get together to face the crisis of the welfare system

Difficult times require great courage and a creative spirit together with the ability to rethink a welfare system which is now in a critical phase. VitaEurope meets Gerry Salole CEO of the European Foundation Centre to talk about the situation of Philanthropy in Europe and how foundations and people can get together to face the crisis of the welfare system.

What are the main challenges for European foundations right now?

The challenge of European philanthropic institutions is vast. There's no region in the world that has as much diversity in foundation types as Europe. There's always some unfamiliarity with each other's types of foundations. One of the challenges is to try to make sure that we can accomodate all the different forms of philanthropy. As the crisis deepens we need to make sure that the sessions are varied enough to keep everybody interested and different people can benefit and learn from one another.

The European Foundation Statute is a tool that would allow foundations to work more effectively across borders. At the moment there is still an impediment across borders in giving. We' re talking about a Europe without borders and still a case has to be made about a European Foundation Statute. But thi's is a really small part of the current problem. We need foundations to do more with less and it takes a lot more work to do more with less. We also know that compared to governments and compared to the kind of crisis that Europe is facing, foundations are a small part of the solution. Collaboration is a necessity. I recognize that there could be a kind of paradigm shift, because as Europe emerges from this crisis, civil society has to play a much stronger voice in decisionmaking. I think once foundations have actually played the role in helping Europe come through this crisis, and they will, then civil society can expect to play a more visible role in rethinking Europe.

Are foundations strong enough to face the European welfare crisis?

None of us are under the illusion that foundations can solve problems but they can be very strategic and catalytic. They really need to be careful because they can play a role in putting resources in the right place. I think there is a growing confidence in European foundations that they've been struggling with the crisis and they're starting to see ways in which they can play a critical role. Even foundations that have suffered quite enormously from the crisis seem to be finding a pattern and a way of working together. They are reaching out to one another. I think that foundations are actually getting their act together. I know it's hard to collaborate, because each foundation is jealous of its economy and it doesn't want to surrender that, but I'm hearing a lot of people who are pooling resources.

One of the reasons why the welfare system in Europe is in such a deep crisis is because it is mainly focused on facing emergencies rather than developing prevention projects. What can foundations do about it?

There are a significant number of foundations that are the result of civil society actions. The Italian foundation Compagnia di San paolo, was founded because a group of citizens in Turin wanted to give a dignified burial to the visitors of the city who had no family there and decided to put their resources together. There are many foundations like that, such as the Danish foundation, Realdania, which was started by a group of people who decided to pool resources in order to do philantrhopic work. There is a very solid sense of what ordinary people can do. Foundations should help people unleash their potential. On welfare I think people have to understand indeed that the paradigm has to shift. It's not just about taking care of the sick, it's about living healthily. Prevention is crucial. There has to be a mindshift. People have to understand that they can play an active role. They have to perceive themselves as active players and not just as passive receivers of the welfare state.