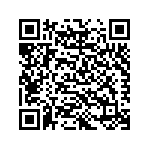 It’s Global Entrepreneurship Week again, starting on the 18th until the 24th of November. Global Entrepreneurship Week is the world’s largest campaign to promote entrepreneurship and innovation. It aims at inspiring the next generation of entrepreneurs and to unleash ideas that will address society’s biggest issues.
During one week each November, GEW brings together young people from around the world to inspire them to take the next step in their entrepreneurial journey.
Founded by the Ewing Marion Kauffman Foundation and UK-based Make Your Mark in 2008, GEW started with 88 countries and 3 million participants. This year GEW will feature 35,000 events and activities happening at the same time in 125 different countries around the world.
These activities, from large-scale competitions and events to small networking gatherings, connect participants to potential collaborators-mentors and even investors—introducing them to new opportunities and possibilities.
World leaders and local elected officials have joined the campaign in order to support the growth of start-ups in their own countries and communities. During 2012, presidents and prime ministers from 20 countries supported Global Entrepreneurship Week while 93 ministers from 54 countries participated by speaking at activities during the Week.