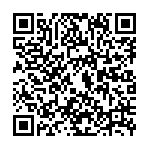 From low cost sports wheelchairs to accessible art to the blind, the maker movement keeps offering solutions to make our life a bit easier

It 's easy to say Maker, but how many of us do actually understand what it means to be a digital craftsman ? If you are among those who just don’t get how these geeks have conquered the covers of magazines, then it’s about time you change your mind, because their approach to the world couldn’t be more practical. They are the ones who are actually making social innovation happen.

Fabrizio Alessio knows it well. He is a designer from Turin and creator of Toowheels , the open source project which aims to make adaptive sports more financially accessible, reducing sports wheelchair costs which are often too high. Toolwheels offers a web application which allows you to download drawings of the wheelchairs parts for laser cutting , which are custom-made according to the directions given by the user who will then have the opportunity to assemble the different parts just by following the instructions of the online video tutorials .

Presented last October in Rome at the Maker Faire, the site of Toowheels is still in progress, but it could really be an important resource for those who want to practice sports without having to spend a fortune, the only thing needed for those new to DIY is time and lots of patience

Tooteko , the all-Italian project created by two architects Fabio D' Agnano and Serena Ruffato, is all about accessibility. Tooteko gives blind and partially sighted people the chance to enjoy the arts. Thanks to the plastic model of the artwork and to the use of a connected headset, the blind user can see the arts by touching the plastic model, discovering every little detail, asking for a description with a simple nod. “Infrared rays connect the radio and the platform, recognizing exactly the audio track to transmit.” Explains Serena Ruffato “The parts of the models which contain an explanation vibrate slightly when they are touched, so that the user can decide whether to listen to it or go on. To listen to the explanation he just have to give a slight nod.”

Temper is a rescue system for small children accidentally forgotten on the back seats of their parents’ car during extremely hot days. Created by the students and the teachers of the high school Istituto Tecnico Industriale del Villaggio dei Ragazzi di Caserta, the project was inspired by last summer’s tragic events, when small children fell asleep in the back seat of their parents’ car on their way to kindergarten and, accidentally forgotten by their parents, they died because of the extremely high temperatures. Temper monitors the temperature in the car and it signals the presence of the child in the backseat, calling directly the parents on their mobile phones. A prototype has already been developed and Temper is the first product by Solaris, a new Italian startup.

The most ambitious makers’ project made ​​in Italy , however, seems to be Wasp , Save the World's Advanced Project, a creation of the independent research center CSP, which is aimed at printing an entire house, to ensure everybody ‘s right to a home.

“I had the idea while looking at the work of the potter bee. The process that we want to use for printing houses is quite similar, " says Massimo Moretti, creator of Wasp, “we use clay because you can find it almost anywhere, even in the poorest and most difficult areas. In developing countries the house still remains a problem for hundreds of millions of people . Our project aims to provide a sustainable alternative to those who can not afford a house. After all, this is the point of 3D printing : to set people free from the constriction of having to buy things from those who have the means to produce them . " The project is still at a prototype stage, creating a house through 3D printing, requires a 10 meter 3D printer. Completely self-financed through the sale of personal 3D printers, the research proceeds steadily with the aim of presenting the finished project during the Milano Expo, in 2015. "It’s a very ambitious project. Every four months we double the print area.” Says Moretti. " Fortunately, we can rely on the sharing of technologies and skills and then, what makes the difference is the motivation . We can go on because we believe in the project and we never stop to bet on it . "