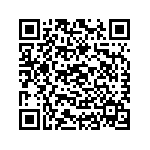 The European Commission will publish the first EU Anti-Corruption Report next Monday 3 February 2014, following adoption by the College of Commissioners. The report is an in-depth assessment of all 28 member states’ strengths and weaknesses in curbing corruption.
The Report has been produced by the Commission’s Directorate-General for Home Affairs and builds on assessments conducted by the Commission over a two-year period, as well as independent assessments by Transparency International. The Report was originally scheduled to be published in June 2013.
In June 2011, European Commissioner Malmström has launched a package introducing the future anti-corruption policy of the Union including the bi-annual EU-wide Anti-Corruption Report.
The Report aims to give an overview of the fight against corruption across the Union. As well as country-specific analyses and recommendations, it aims to identify best and worst practices and cross-cutting corruption trends in Europe. The next EU Anti-Corruption Report is planned for 2015, which will allow the Commission to track progress.
The EU Anti-Corruption Report comes at a time when the European Commission has started discussions on future EU policy initiatives in the area of the EU’s internal security strategy. The Report has the potential to prepare the ground for future EU policy initiatives in the area of anti-corruption.
The development of this comprehensive EU policy against corruption is mandated by the European Commission’s Justice and Home Affairs roadmap, commonly called the Stockholm Programme.