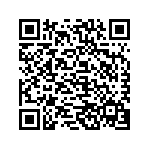 Start-up social and environmental entrepreneurs who have developed innovative products or services and are working with local communities can win a tailor-made business support package through the 2014 SEED Awards, which are launched by the SEED Initiative, a global partnership for action on sustainable development and the green economy founded by IUCN, UNDP and UNEP.

SEED Award Winners, based in emerging economies, developing and least-developed countries, will receive $5000 towards their most urgent needs. In addition, over a period of about 6 months, they will be offered expert advice on developing their business plans, the opportunity to take part in specially-designed workshops to enhance their skills, high-level profiling of their enterprises and access to an international network of businesses, governments and development institutions.

For the 2014 SEED Awards, SEED has received support from the European Union; the International Climate Initiative of the German Federal Ministry for the Environment, Nature Protection, Building and Nuclear Safety; the Government of Flanders; the United Nations Entity for Gender Equality and the Empowerment of Women (UN Women); the UN Industrial Development Organization (UNIDO); and the international law firm Hogan Lovells. Additional support is provided by the SEED Partners.

SEED this year will make available up to:

• 3 SEED Gender Equality Awards to enterprises in countries that are not OECD or EU Member countries.

The deadline for applications is 8 April 2014.