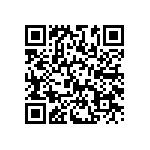 Les Toiles Enchantées is an association helping hospitalized children through projecting films for them, giving them a sense of freedom which they need so much.

Walk the roads of France and beyond to screen films for free for sick and differently abled children and adolescents in hospitals. This is the aim of the French association Les Toiles Enchantées, which has been operating since 1997, projecting first run films, often in preview.
These projections are often made at the presence of the actors or the director of the film. They are made with professional material, in 35mm. Films will soon be projected in digital format.
More than a ton of material is transported and installed every day by two teams, each made of two professionals, in order to transform an ordinary room of a hospital or of a rehabilitation or re-education center in a real theatre with film screening .
Les Toiles Enchantées allows sick or differently abled youth to enjoy a break in their tough everyday life, to access culture and the entertainment of young people of their age, and to “feel like everyone”. These projections give sick children a sense of freedom which they need so much. Cinema sessions also help to fight against isolation and discouragement by creating meetings and complicity among youth through the projections.
With Les Tolies Enchantées cinema takes place in hospitals. The association gives a service with a quality that is equivalent to cinema.
The association also organizes the Ateliers Cinema, which are workshops that enable sick and differently abled youth to be scriptwriters, machine-operators, actors and directors of their own film, under the responsibility of big names of the world of cinema (Nils Tavernier, Isabelle Nanty, Eric Tolédano et Olivier Nakache, Benoît Cohen, Gilles Porte, Audrey Estrougo, etc).
Since 1997 the association, directed by Gisèle Tsobanian and presided by Alain Chabat, has projected 45 films, many of which in preview. In total they have offered 350 projections in 125 hospitals and rebahilitation and re-education centers located all over France, as well as in Belgium, Mali, Burkina-Faso and New Caledonia. Furthermore, 18000 sick and differently abled youth have had the chance to watch first run or preview films.