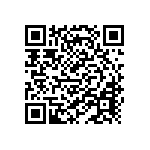 On 3-5 April more than 600 developers will gather simultaneously across 8 Spanish cities in a hackathon- this year at its 2nd edition - in order to develop technological applications to help overcome social challenges.

Madrid, Barcelona, Bilbao, Gijón, Las Palmas de Gran Canaria, Sevilla, Valencia and Valladolid will host the second edition of HackForGood, a hackathon that is expected to gather 600 developers to develop technological applications to help overcome social challenges.
The event will take place on 3, 4, and 5 April simultaneously across these eight cities. It is an initiative promoted by Telefonica, Escuela Técnica Superior de Ingenieros de Telecomunicación (ETSI Telecomunicación) de la Universidad Politécnica de Madrid (Technical High- School of Telecommunications Engineering (ETSI Telecomunicación) of the Polytechnic University of Madrid), the Hazloposible Foundation and the startup Mashme TV, with the support of the Red de Cátedras Telefónica.
The teams that will develop the best technological applications during the Hackathon in the fields of Social Innovation, Education and Employment will be awarded. The organizers recommend to entrepreneurs a series of challenges that they can use as models to build their own applications.
AWARDS
“HackForGood” Awards: 4,000 Euros for the best proposals at national level and eight 2,000 Euros awards (one for each city) for the best local proposals. Winning applications will be chosen taking into account the impact and the importance of the problem solved; the creativity, innovation and the state of completion achieved in the hackathon.
“Think Big-Hack ForGood” awards: eight direct accesses (one for each city) to the Think Big program of Fundación Telefónica level START, which implies access to training, mentoring and 400 Euros for each project. One of them, the Think Big winner at national level, will enter directly in the BUILD phase of the programme and will get a 3,000 Euros funding. In order to choose the projects, Think Big España will take into account the social impact of the idea, its viability, the motivation of the team and the fact that the leader of the idea is between 15 and 26 years old.
“FI Ware-HackForGood” awards: two direct accesses, with paid travel and accommodation expenses, to the final stage of "Smart Society Challenge" of the FI-Ware, which will be held at the Campus Party Europe and in which 200,000 Euros will be distributed between the winning projects, selected among the most innovative applications using the FI-Ware platform.
“Wayra-HackForGood” Awards: Three awards consisting in advice, training and workshops at the Wayra headquarters in Madrid or in Barcelona, together with the startups of the Wayra programmes. The winning projects will be selected among the most innovative applications that present greater potential to to turn into a future Wayra startup.
Furthermore, all winning teams will be invited to form part of the entrepreneurial ecosystem of Telefónica, called Open Future, and thus they will be able to give continuity to their project and benefit from the programmes of the training and mentoring company , and get additional funding to develop their ideas, to increase their network…