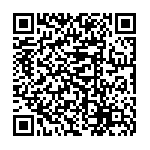 A survey conducted by the Convergences platform shows that more than two-thirds of French people know about social and solidarity economy, as reported by French newspaper La Croix

Over two-thirds of people from France (64%) know about social and solidarity economy, French newspapers La Croix reports. The results are 7% better than last year, according to Opinionway survey, realized by Convergences Platform.
These better results are probably due «to a larger media coverage, to an increase in the number of university trainings and to the creation of a ad hoc ministry in 2012», evaluate the authors of the study.
The draft legislation on Social and Solidarity Economy could further improve this popularity. Scheduled to be examined at the end of the month, it has the aim to develop the sector, that gathers associations, mutual organizations, and cooperatives, integrating classically structured enterprises (SA-SARL), but pursuing a general interest objective.
Known by only 31% of interviewees (+13% in one year), social enterprises are viewed by the general public as the most “innovative” actors to solve environmental and social problems (61%). Then come public authorities (20%) and civil society (20%).
The study also considers the opinion of social entrepreneurs. Sixty-three of them were asked about the perspectives offered by the sector, judged as positive by nearly 90% of them. The same number of entrepreneurs is expected to start working in the years to come.
More than a third of examined company managers think that what the sector lacks more in order to develop are financial means. Nearly half of company managers would equally appreciate more convergence between public and private sector.
According to Judith Jakubowicz, director of Convergence, it is through favoring «interrelations between social enterprises and the other interested actors of society – banks, enterprises, NGOs, media, universities» that the sector will be able to «change scale».