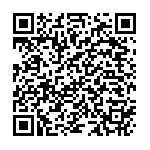 More than 200 people have contacted “La Cravate Solidaire” association in just over a year. Besides donating candidates the most appropriate attire for a job interview, the association also prepares them for the interview itself.

“The cowl does not make the monk, but it helps”. This is the motto of “La Cravate Solidaire” (Solidarity Tie) association, a French organization founded in 2012 by three youth aged 25 and which mission is to donate professional attire to who is looking for a job.
The idea at the heart of this association is to help people looking for a job to exploit all the opportunities offered by a job interview, not only in terms of offering training, but also of looking after those aspects, like attire, that who looks for a job for the first time, or after an unemployment period, risks to neglect.
In practice in the few square meters of the association, based in Paris, you can find hundreds of clothes, shirts, ties or blouses and two-piece suits for women. According to the barometer on the perceptions of discriminations in the workplace by Ifop (French surveys institute), realized for the Guarantor of rights and ILO (International Labour Organization), appearance is one of the three main causes of discrimination at the time of hiring.
So far more than 200 people have contracted “La Cravate Solidaire”, which has been operational since the beginning of 2013. The great majority of beneficiaries is between 16 and 25 and they are either unemployed or have temporarily interrupted their studies.
Candidates are sent to “La Cravate Solidaire” by some local associations. Many of them make an appointment with La Cravate Solidaire directly, by filling in a form from the association’s website. La Cravate Solidaire only works with people looking for a job, as Yann Lotodé, one of the three founding members (the other two are Nicolas Gradziel and Jacques-Henri Strubel, President) points out in an interview released on youphil.com website.
The association does not only make an appointment to enable candidates find clothes. It offers a meeting lasting at least one hour during which the candidate is helped. Among the volunteers of the association, besides an image curator, there are also human resources responsibles and head hunters who advice candidates and help them filling in a presentation letter, but also help in how to best handle a job interview.
At present there are about fifty volunteers, mainly in Île-de-France (the region around Paris). While at first, in order to find clothes, the three young founders addressed to friends and relatives, now the association addresses directly to companies and schools to raise employees’ awareness and study ways clothes should be delivered.
The association is expanding rapidly: there are over 50 requests to export the idea in other French cities and also abroad. In Belgium, in fact, a branch of Cravate Solidaire is about to be opened.
It should be emphasized that the three founders have just graduated from Edc, the Paris school for managers and company creators, and that they aim at making the association a dynamic economic model, besides making it attractive for company volunteering.
Translation by Cristina Barbetta