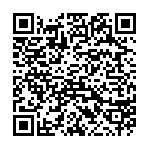 The Competition,launched last year by the European Commission, is culminating in the awards ceremony, taking place on the 20th of May in Brussels.

Millions of people across European Member States are unemployed or have few opportunities on the job market. Social innovation can stimulate a more dynamic, inclusive and sustainable social market economy.
After the success of the first edition of the Competition last year, the European Commission launched a Second European Social Innovation Competition in memory of Diogo Vasconcelos on the 11th of October 2013, in Milan. This second edition is entitled The Job Challenge and it invites Europeans to come up with new solutions to reduce unemployment, helping people move towards work or creating new types of work, and to minimize unemployment’s corrosive effects on the economy and society both now and in the future.
Over 1,200 proposals have been received out of which ten finalists have been selected. Three of them will each be awarded a prize of €30,000 at the European Social Innovation Awards Ceremony in Brussels on the 20th of May 2014.
The prizes will be presented by Antonio Tajani, Vice-President of the European Commission, responsible for the Enterprise and Industry Directorate General which is organizing the Competition.
The Awards Ceremony will also include interesting discussions involving social innovators, private investors and policy-makers. The best ideas received throughout the Competition will be placed at the centre of the event to showcase social innovation in practice.
The Ceremony will conclude 2 days dedicated to social innovation in Brussels. On the 19th and 20th of May the Commission is organizing a Social Policy Innovation Conference to present the new Employment and Social Innovation programme and to explore ways to translate social innovation into systemic change.