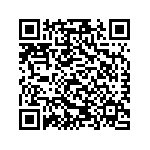 On the eve of the elections VitaEurope interviews Housing Europe Secretary General, Sorcha Edwards, to discuss the main challenges social housing will be faced within the next years at EU level.

400 million European citizens are casting their vote for the new European Parliament. Among them 52 million are unable to keep their homes adequately warm. In this interview released to VitaEurope, Housing Europe Secretary General, Sorcha Edwards, raises the main challenges social housing will be faced within the next years at EU level.

Can you explain the key points and highlights of your Manifesto? What do you advocate for?

One of the key points running through all of our advocacy work and also featuring in our manifesto is that housing is a local issue where decisions should be made according to needs at local level. Our advocacy work aims at limiting the influence of EU Institutions on how housing is organized. It is extremely difficult to have policies at a central level on something that depends so much on local needs. Many EU policies are having an impact, for example competition policy and state aid regulations which aims to ensure a ‘level playing field for companies without ‘distortions of the market’.

In our manifesto we are very much calling on the EU to recognize the importance of keeping freedom to define housing policies at local level and making sure that state aid laws defined at European level suit the housing policies and allow housing needs to be met, not the opposite where much needed housing provision activities are impacted negatively by state aid legislation. This is one of the points of our Manifesto.

The energy issue is high on your agenda, since when?

It became an important issue in recent years at EU level and also among our members who recognized that they can’t provide affordable housing without thinking of the energy costs. The Energy Performance of Buildings Directive (in force since 2006 and re-cast in 2010) and the Energy Efficiency Directive published last year have increased our focus on energy issues. There is a big push in standardization when it comes to energy efficiency and we work to ensure that this results in lower living costs for residents. The EU is taking a big step by asking Member States from 2018 onwards to build what is defined as “nearly zero energy buildings”, there we have a direct impact on the work of our members, coming from Brussels. In addition, especially after the crisis in Ukraine, the topic of energy security and energy efficiency is high on the political agenda.

Referring to your manifesto, what are your key requests and expectations from the next European Commission, Parliament and MEPs?

The priority in many Members States is the access to capital, not only for renovation, but also for new construction of affordable housing. We see a role also for the EU in it, the European Investment Bank for example, and we also see ourselves linked to the debate on the Reform of Banking Regulation.

Also, we need long-term institutional investors. An objective is to have for example 10% of pensions fund investment to go into social housing. The Commission is taking steps to promote long term social investments but so far this has not been translated into facilitating access to capital for social housing providers in the Member States that need it most.

Is the European Investment Bank active on this?

Yes, in the last Housing Ministers’ meeting last December in Brussels there was a clear mandate for the EIB to make further investment in social and affordable housing. We see a greater awareness of the need for social investment. And hope that the financial sector will answer to the needs of local economic actors such as social housing providers. Important is that risk assessment risk for investment in social housing is not the equivalent as in projects which are only looking for a short term profit. When social and environmental investment are made, this should be reflected in the landing criteria. Intermediary structures at national level such as the KfW in Germany and the Caisse de Depots in France which work well and deliver. These type of intermediary structures play an important role in channeling finance to local projects and can be a useful model for replication in other member States where access to capital is an obstacle to meeting housing needs.

You mentioned the access to funds and financing, what other points of your Manifesto you want to raise?

The European Semester is a macro issue that we are tracking because for the first time the EU is monitoring the housing market. We are in favour of the idea they can detect and prevent housing bubbles, but we’ll be working to ensure that this approach takes more aspects into consideration than just the price and will be pushing for recognition of spending on quality affordable housing to be considered not only as a costs but as an investment in more social inclusive, healthy, energy efficiency societies.

The service our members provide is quite holistic and integrated: our vision statement refers to creating housing in neighborhoods where people want to live, where they can reach their full potential. Apparently there is a lack of understanding and knowledge of the complexity of ensuring decent housing in a country at EU level. In this regard, the OECD - that is also a source of information for European institutions - is working on an extensive study on social housing policies. We are working together and we hope this will boost the understanding of the topic.

Another aspect we found in many Member States is overstress on home ownership which has led to household indebtedness, as happened for example in Spain, Denmark, Netherlands and Ireland. This is leading to a lack of financial stability at national level, in terms of reduction of households purchasing power and limited labor mobility, which are indeed two of the objectives in the growth agenda of the EU.

Also, we do not want the EU to tell Member States how they should organize their housing but we claim the need for diversity of tenures (social rental, home ownership, cooperatives). Now we working on clarifying how this diversity along with a greater affordability of housing can lead to more financial stability.

On 23-25th May Europeans will vote. Based on the principles expressed in your manifesto, which political parties and candidates are closer to your causes?

You will find support for affordable housing right across the spectrum of political groups in the Parliament, particularly the Green Group because of their recognition of fuel poverty and the need for energy efficiency.

Have you seen the political impact on your work since the Treaty of Lisbon was adopted and the European Parliament acquired more power?

In the Parliament we found many allies, for example we have the European Parliament resolution from 2013 (Delli report) on Social Housing in the European Union which is very supportive of our goals. We will be aiming to build on the achievements of this report in the next legislature.

Can you make an assessment of the second Commission Barroso, as far as results achieved and aspects needing further improvement in social housing policies?

We have some ambiguity on state aid which is really troublesome. We need a clear signal that Member States are free to define the housing according to the needs at local level. Even if the Commission is stating that they are not prescriptive when it comes to the application of state aid rules in housing, state aid can be used where private construction companies attempt to use the rules against the providers of affordable social housing. It would be useful if in the next Commission this becomes completely impossible to do.

Among the EU actors based here in Brussels what about the Committee of Regions and the European Social Committee, are they strong partners? What kind of alliance do you have with them?

The Committee of the Regions is definitely an ally and they organized a conference focused on the issue we work on. State aid rules are not only affecting social housing but also the use of European Regional Development Fund: at regional level there is a certain fear to use it. We see on the one side this push from Brussels for the use of funding in energy efficiency and housing, and on the other side state aid rules which are creating hesitance to use it, in case it will be called back a few years later.

Another point obviously is the co-financing rate: you have deficit rules and public spending rules in the Member States where austerity is in place. This is something the Commission has tried to ease, but I don’t think has gone far enough. Member States will have to provide this co-financing, the limits on the public deficit would not allow them to provide this match funding even if they have the finance available. So this is already a block that we are facing straight away for the absorption of funding in countries which need it most. This is another point we stress in the Manifesto, this idea of the two-speed Europe being accentuated by those deficit rules limiting the use of EU funding.

How can you explain the fact that in Italy only 4 out of 100 houses are destined to social housing, compared to, for example, 17% in France?

I know that our Italian members Federcasa and the Italian Housing Cooperative movement are active at European level within our organisation, but the national situation I think depends largely on political will. Information on different ways to organize housing in a country is also needed. In fact we see is a real demand for information on how housing is managed in other countries, particularly in countries where the housing boom and the bust were most extreme, there is a real desire for information. We can play an advisory role, because we gather knowledge on how the systems are organized and we are the only body that is bringing together all this knowledge via our Housing Europe Observatory. Obviously there is no formula when it comes to housing systems however this advisory role on successful policies to Member States is going to be crucial. We hope to guide towards the diversifaction of housing markets with a mix of tenures. We want to avoid a complete reliance on market to address housing because this is the other direction that policies could take. We are hoping that the lessons that we have learned in the financial sectors about the dangers of reducing regulations and relying completely on the market will be learned. In the housing sector. This is a political choice at Member State and local level however we hope that when it comes to housing any signals that come through from the European Commission and from the Parliament in the next legislative period will be going in the direction which is the interest of society.

Read Housing Europe’s Manifesto of Demands and Proposals for the European Elections 2014 www.housingeurope.eu/resource-137/9-paths-to-better-homes-for-a-better-europe