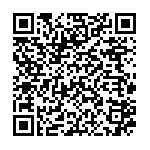 ThinkYoung, the first think tank that focuses on young people, have released a video documentary on startuppers who failed and started again, as part of Fail2Succeed, the first pan-European campaign of its kind.

ThinkYoung do the Fail2Succeed campaign to change the bankruptcy law for startups and small/medium enterprise in Europe. They want to change the cultural stigma of failure in Europe when it comes to startups and entrepreneurs. The Fail2Succeed campaign is a ThinkYoung initiative aimed at reducing the negative stigma surrounding entrepreneurial failure within Europe, both socially and financially.
ThinkYoung have released their documentary movie on startuppers who failed and started again, you can watch it here:
It will kick off with the first of its type, pan-European survey, finding out what young Europeans perceptions towards failure are. This online research will go hand in hand with an audiovisual documentary, following the lives of young Europeans who have started a business, failed and restarted, learning from their previous mistakes. This will be supported with a marketing campaign, highlighting the learning benefits that failure can bring to an individual when setting up a business. With videos and quotes from successful entrepreneurs, athletes, politicians, and socially significant figures who have all undergone failure at some point. To conclude, ThinkYoung will present a report with the findings of the research to the European Commission with a proposal to change bankruptcy laws in Europe for starts-ups and SMEs.