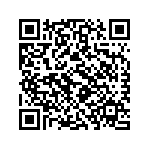 It is an NGO that provides youth under 30 in Europe a platform for debates with decision-makers within Europe. ThinkYoung has been lobbying for young people since 2007 in Brussels and now it is also in Geneva and in Hong Kong.

ThinkYoung is the first European think tank that has been focusing on young people since 2007, by involving them in decision making processes and by providing decision makers with high quality researches on youth’s conditions. Founded in Brussels, where it has two offices, it has then opened an office in Geneva and one in Hong Kong. It is made up of youth under 30, who are recent graduates or engaged students.
ThinkYoung is a nonprofit online think tank that lobbies for young people and provides them a platform to make their voices heard. Since its founding it has involved 300,000 youth. It is one of the best practices in the area of research on youth and makes studies, surveys, documentaries, policy proposals and organizes conferences on and about youth in five fields of research: entrepreneurship, education, EU-Asia relations, EU enlargement and environment.
The three founders of the think tank, Andrea Gerosa, Azzurra Giorgio and Stefano Benini started to do researches and surveys on youth with only a computer and 25 Euros in order to register the website.
World economic crisis proved to be a favorable opportunity for start-up cost reduction and for the growing attention towards new economic subjects. ThinkYoung has started to deal with youth before the youth issue burst into the media: this has given the NGO a strong competitive advantage.
Now ThinkYoung is made up of a vast multicultural and multinational team of 20 people and it also has an extensive network of online personnel who help to advise and to contribute to the policies of ThinkYoung.
As of 2011 theNGO has also created innovative entrepreneurship schools that take place in Brussels and in Hong Kong and that every year give 300 students the opportunity to learn from the direct experience of successful entrepreneurs. The Entrepreneurship Summer School, this year at its seventh edition, will take place in Brussels from the 21st to the 25th of July and in Hong Kong from the 4th to the 8th of August. The Entrepreneurship Summer School is realized in partnership with Google, Huawei and the University of Hong Kong.
Entrepreneur by vocation, besides founding ThinkYoung at the age of 25, Andrea Gerosa has also created in Geneva, where he lives, a consulting company focused mainly on student housing (www.kefren.ch) and a co-working space for start-ups (www.tunnel15.ch).
Vita.it has contacted Andrea Gerosa to speak about ThinkYoung’s innovative experience.
-How was the idea to found ThinkYoung born?
After my graduation in Economics at the Bocconi University of Milan, I started working in Brussels for JADE, a nonprofit organization of European enterprises created and managed by students. There I observed that youth were not involved in decision making processes and that there was a lack of representation of young people within the European institutions. Therefore, together with my friends Azzurra Giorgio and Stefano Benini we founded ThinkYoung to fill this gap. We decided to found an online think tank where youth were asked, through surveys, what they thought about European integration.
-How is your lobbying activity structured?
We do researches on youth condition. On the basis of these researches we carry out two activities: we organize campaigns, like Fail2Succeed, aimed at reducing the negative stigma surrounding entrepreneurial failure in Europe. Then we present law proposals to the European Parliament or to the Commission.
Our research on the telecoms single market definitely provided the last strong argument to convince the European Parliament, that has voted to end roaming surcharges starting from December 2015.
-ThinkYoung has grown a lot in the last years despite the crisis. Why?
The first reason is to be ascribed to our business model. Unlike other think tanks, that look for funding independently from projects and fundraise at the beginning of the year, we work on projects, therefore sometimes projects are financed, sometimes not. It is more uncertain because we have funding for only 16 months but, if we do good works, they are rewarded and therefore this model gives us more advantage in the long term.
The great majority of ThinkYoung’s budget – about 50-60%- comes from private and bank foundations, such as Open Society Foundations and Erste Stiftung, the rest comes from private companies, like Google, Tata and Halldis. We don’t get public funding.
The second reason depends on the great motivation of the people who work with us. We managed to open an office in Hong Kong, in 2013, thanks to the initiative of two youth of the team with a very big passion and a very big knowledge of Asia who left on their own and with their own project, without a budget.
After 8 months we had the budget to open the office in Hong Kong and to start the first projects. ThinkYoung’s business model gives young people of the team the freedom to have more entrepreneurial initiative than other organizations.
-What is the goal of the Entrepreneurship Summer School? What are the strengths of this edition?
The goal of the school is to show young people the life of entrepreneurs, therefore to give exposure to entrepreneurs. As a matter of fact companies are statistically created by those who have had contacts with entrepreneurs either in their own family or in their own geographical environment.
As you can’t imagine climbing a mountain if you haven’t seen someone doing it before you, in the same way if universities, high schools and media don’t deal with the issue of entrepreneurship no one thinks about being an entrepreneur. That is why we organize the Entrepreneurship Summer School, to fill this gap.
Successful entrepreneurs will contribute to the school. Among them Corinne Goddijn-Vigreux, one of the founders of TomTom , and Luigi Tiziano Peccenini, Founder of Wall Street Institute International. The Entrepreneurship Summer School will also feature a conference at the European Parliament, which will be focused on Europe-Asia relationships from the point of view of entrepreneurship.