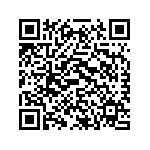 Over a 100 applications hope to win cermi.es 2014 awards, launched by CERMI, the Spanish umbrella organization representing the interests of more than 4 million women and men with disabilities in Spain

The Spanish Committee of Representatives of Persons with Disabilites (Comité Español de Representantes de Personas con Discapacidad), better known by its acronym, CERMI, is Spain’s umbrella organization for Disabled People’s Organizations, with more than 7,000 associations and institutions of persons with disabilities and their families. One of CERMI’s fundamental aims is to defend the rights of this group of citizens, who account for more than 4 million men and women in Spain.
CERMI has established the cermi.es awards to recognize and identify the best initiatives in the area of extension of rights and social inclusion of people with disabilities that take place in Spain. The cermi.es awards have become the benchmark of excellence with regard to public, civic and private action in the area of disability.
The deadline for submission of applications has expired and over a 100 applications hope to win this year’s awards.
The awards include up to 10 categories, among which labour inclusion, women with disabilities, universal and institutional accessibility, social and cultural action and corporate social responsibility.
After having examined all the nominations, the jury, helped by an expert committee, will issue its ruling at the end of September. In December all the winners of the different categories will be announced and awarded. December also coincides with the celebration of the International Day of People with Disability.