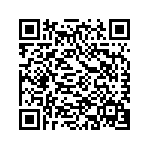 Today marks the official inauguration of Mundo-J, home to Vita’s new office in Brussels. Situated a few blocks away from the EU Parliament, the centre brings together over 30 organisations devoted to non-profit and sustainability

Mundo-J is a project designed to encourage exchange and collaboration between the myriad of social actors that gravitate around Brussels’ European Institutions. Vita’s new neighbours include CONCORD – the European confederation of Relief and Development NGOS - Transparency International, the World Association of Girl Guides and Girl Scouts (WAGGGS) and the International Disability and Development Consortium. There are also organisations devoted to microfinance such as the European Microfinance Network, as well as Beyond 2015 - a global civil society campaign pushing for a strong post-2015 development agenda.

The centre is set to become a reference point for non-profit organisations in Brussels and will host regular meetings between Institutions and civil society. “We feel very lucky to be part of Mundo-J. Our organisation relies mainly on volunteering, and being able to have our own office space is a wonderful opportunity”, said Ingrid Bezikofer, President and Executive Director of the Jane Goodall Institute in Belgium, during a press conference this morning. “We also appreciate the chance to interact with organisations that share similar values and form new partnerships.”

The building was redesigned by Ethical Property Europe, an ethical investment initiative that converts existing properties into environmentally friendly infrastructures destined to charities, social enterprises and non-profit organisations. “The aim is to have a strong social and environmental impact, promoting the role and visibility of non-profit in a sustainable manner”, said Frederic Ancion, Managing Director of Ethical Property Europe.

Mundo-J is the second of two centres in Brussels. The first, Mundo-B, has been operating for the past five years and is home to Terres des Hommes, Friends of the Earth and Eurodad (European Network on Debt and Development) amongst others.

Moving to Mundo-J is an invaluable opportunity for Vita to network and promote social sustainability and civic engagement. The timing is also strategic, coinciding with the renewal of Parliament and the newly appointed European Commission, which will be officialised over the next few weeks.