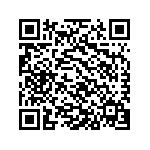 The European Blind Union (EBU) has announced the winners of the Onkyo World Braille Essay Contest 2014, that aims to promote the use of Braille as a key to build people’s access to information and to their social inclusion.

The Onkyo World Braille Essay Contest is a worldwide initiative planned and sponsored by Onkyo Corporation and The Braille Mainichi, two Japanese firms actively engaged in the promotion of Braille. The Contest aims to promote the use of braille as a key to blind people’s access to information and to their social inclusion. Its European strand is run by the European Blind Union (EBU), a nongovernmental and nonprofit making European organization which is one of the six regional bodies of the World Blind Union. The EBU protects and promotes the interests of blind and partially sighted people in Europe, currently operating within a network of national organizations of the visually impaired in 45 European countries.
The EBU has announced the winners of the Onkyo World Braille Essay Contest 2014, this year at its 8th edition.
Seven very different works were chosen from 62 essays contributed by participants from 21 EBU countries. The Contest is open to all Braille users, blind partially sighted or sighted, residing in an EU country or Israel.
Anna Fusz from Hungary with “Mom’s telling tales” wins the Otsuki first prize, “A story told from the perspective of a sighted child with a blind mother and the natural role that Braille had in their lives and the happy memories it created.”
Another big favorite of the jury is the essay with the creative title “Dots on belly” by Josef Zbranek from Slovakia. An entertaining, clever, positive story filled with humor, showing the naturally integrated role of Braille. It gets Josef the Excellent Work prize in the senior category, while in the junior category young Brandon C. Halcoop from the UK, only 12 years old, receives the same Excellent Works prize for his very creatively structured essay called “Braille is fascinating!”.
The four third prize winners (Fine Work prize), 2 in the junior and 2 in the senior category, are: 17 year old Aoife Watson from Ireland with her essay titled “Life with Braille”, alongside Jaroslav Bohovic, 23 from Slovakia with “Living with Braille”. Swiss Annemarie Vit-Meister is one of the two winners in the senior category with her “Life is reading – reading is life”. Alongside Blerina Shalari from Albania with her essay called “Life with Braille”.
Jury members also wish to highlight with a special mention the essays by Denise Lanfalusi from Austria, Corinne Bianchi from Switzerland, and Frrok Gjikola from Albania.