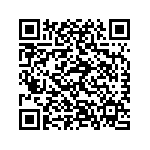 Europe is facing predictable, costly and avoidable social and economic policy challenges combined with tight purse strings. Can it afford to continue trying to fix the system by doing the same things it has always done in response to these challenges, or is it time to invest more in prevention and creating the conditions for a paradigm shift in the relationship between, citizens, government and business towards a more collaborative market place for solving today’s pressing social issues?

The annual interface between philanthropy and the EU institutions, EuroPhilantopics 2014, is gathering together over 150 delegates from foundations and EU institutions to discuss tomorrow’s biggest challenges. Matthew Bishop, US Business Editor and New York Bureau Chief, The Economist; Stefaan De Clerck, Chairman of the Board of Directors of Belgacom and a former Minister of Justice of Belgium; Felicita Medved, President, European Liberal Forum; Jonathan Portes, Director, National Institute of Economic & Social Research (UK); Fabian Zuleeg, Chief Executive, European Policy Centre; and several heads of unit from the European Commission are among over twenty high calibre international speakers that will spark the debates during the 2 day event.

EuroPhilantopics 2014 will provoke philanthropists and policymakers to move a toxic and sterile debate on migration, towards a new narrative across Europe. Given record levels of unemployment in Europe, the event will explore innovative and successful venture philanthropy and social investment initiatives to create jobs and nurture entrepreneurial activity. Faced with the impact of climate change, EuroPhilantopics delegates will be asked to stimulate approaches to incentivise a community driven, circular, low-carbon economy.

A fresh and radically different attitude towards collaboration with decision makers and civil society is called for. Foundations can, especially in these changeable times, play the role of the skilled acupuncturist, who adeptly makes the right incisions in precisely the right place at precisely the right time. Acupuncture is at its most effective when the rest of the body accepts the needles and the job they are trying to do. The art of making the acupuncture intervention an integral part of everyday policy is the most important challenge philanthropy faces going forward.

“EuroPhilantopics goes to the core of the issues that are on the minds of people and communities throughout Europe and the rest of the world,” says Gerry Salole, Chief Executive of EFC, the key organiser of the event. “It is a truism to speak of times being particularly ripe for change since change is constant. It is, nonetheless, true that this particular period in Europe, with citizens’ mounting scepticism of the unravelling economy, appalling employment and livelihood prospects and a growing dissatisfaction with uninspiring leadership, offers civil society a unique opportunity for policy engagement. EuroPhilantopics 2014 plays a part in reimagining approaches to policy development, practice and funding.”

EuroPhilantopics is punctuated with film, cartoons, opera and live art – a thread of creativity to add to the context and content of the event. Of particular note Jan De Cock, one of Belgium’s most well-known contemporary visual artists and a pioneer of monumental sculptures made in-situ, will during the conference create a piece of living art that communicates the themes of EuroPhilantopics: connections between people, among communities and institutions.