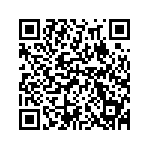 The Big Prizes for Innovation (Grands Prix de l’Innovation) reward the most promising startups based in the Île-de-France region. The award ceremony will take place in Paris on 2 December 2014.

The Big Prizes for Innovation (Grands Prix de l'Innovation), this year in their 13th edition, are aimed at supporting the development of innovative enterprises in the Île-de-France region in high-growth sectors and to reward those who, through their innovation, improve the life of the city of Paris and develop the Parisian economy. The French capital is a hub of innovation, gathering over 5000 innovative young enterprises.
The Grands Prix, which are targeted at enterprises that must be less than 5 years old, are organized by Paris Région Lab, an association backed by the City of Paris and the Ile-de-France region that plays a role fostering innovation in the Paris area.
Each candidate competes in one out of six categories, namely digital contents, health/well-being, innovative services, eco-innovations and two special prizes: social innovation and/or design. A jury made up of economic and scientific community experts has chosen 40 finalist start-ups out of 476 young enterprises who applied for the Grands Prix. They all "share the pride to belong to the French social innovation community, acting as ambassadors of Paris".
The ceremony of the awards of the Prizes for Innovation will take place on 2 December 2014 at the Cité de la Mode et du Design in Paris. Six laureate enterprises will each receive a 12,000 Euros award. The two winners of the special prizes in design and social innovation will each be awarded a 5,000 Euros prize. The event will gather all the innovation ecosystem in France.
The winners will be revealed by Anne Hidalgo, Mayor of Paris. The ceremony will be chaired by Jean-Louis Missika, Deputy Mayor of Paris in charge of city planning and architecture, and of the Grand Paris projects, an initiative launched for a new global plan for the Paris metropolitan region.