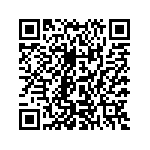 A debate on gender and generation policies has taken place in Milan. During the conference a prize in memory of prominent Italian journalist Miriam Mafai was presented.

NOW! Gender and generation for a new debate on equality, not only for women. It is the title of a contemporary debate on equality and on how gender and generation influence economy and culture. The debate took place on the 1st of December in Milan.
NOW! is an event promoted by Pari o Dispare, Miriam Mafai Association and by Young Women Network.
The initiative is sponsored by WE-Women for Expo and has the support of TIM4EXPO.
Gender issue is often interpreted as a women’s issue. As a matter of fact gender issue is both women’s and men’s business. Its solution would guarantee Italy more energy and more talent. Nonetheless speaking about gender also means speaking about generation and the solution to the two gaps lies in values and in being able to interpret the present time. Which is rich because it is made up of diversity that we all have to contemplate.
Therefore the debate was aimed at offering a new point of view on gender issues and at giving the opportunity to renew the contribution to gender issues. The contribution to the debate was pluralistic, as it was made up both of gender (women and men) and of generations that are different between them (new and old generations).
The event marked the opportunity to present the first edition of the prize created in memory of Miriam Mafai. Prominent Italian journalist and writer, known for her authenticity, original thinking, and for always having fought for her own ideas, throughout her life she was vey sensitive to talent, especially women’s.
This annual award will be targeted at women and men under 35 with the objective of highlighting those projects devoted to gender and generation issues in the area of culture and enterprise, with a particular focus on enterprises committed in the solution of gender issues and in combating stereotypes. The prize was presented by Luciano Scalia, President of the Miriam Mafai Association and son of the journalist.
The call for the collection of applications will be open as of December the 15th. The Prize will include a special mention assigned by TIM to the best short film that will give the interpretation and the original representation of gender and generation.
Works were open by Emma Bonino, Former Italian Foreign Minister and Honorary President of Pari e Dispare. Then Roberto Barberi, Director General Oxfam Italia, witnessed the strength of women’s networks and the importance of empowerment for the growth of many women from the South of the world who participate in the projects promoted by Oxfam Italia. Then different speakers spoke about their personal and professional experience, in terms of gender and generation and of how they coped with both these issues: women and men in a company but also the “mobile” generation of Garagerasmus, the second generation of Kibra Sebhat and Andrea Latino, digital native identified by the World Economic Forum as Global Shaper.
A second session was dedicated to journalists from different media (CLASS CNBC, DONNAMODERNA, VOGUE ITALIA; ELLE ITALIA, NOVA24). They all confronted on the issue: "Women talked about and women talking about. Gender and media".

In the afternoon a workshop oncommunication, advertising and gender sterotypes took place.