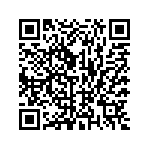 ThinkYoung, the first think-tank concerned with youth, has organised a charity dinner to raise funds to support UNICEF’s fight against Ebola.

ThinkYoung in collaboration with Burson-Marsteller hosted a Charity Dinner in order to raise money for UNICEF to help fight against Ebola. The event took place in Brussels on the 3rd of December 2014.

Since the start of this epidemic over 6,000 lives have been claimed and UNICEF are adamant on stopping this number from rising. That is why we all teamed up in order to highlight the urgency of getting the whole world involved in helping those affected by this terrible epidemic.
The event was a cosy affair with support coming from a variety of industries; in attendance alongside the various Members of the European Parliament was the representative of Radisson Blu, Obadiah Malafia from the ACP (African, Caribbean and Pacific Group) and Facebook representatives.
The event ran smoothly with the MEPs carrying out inspirational speeches such as Mrs. Anna Gomez who shed light on some very important issues to be faced in this race to find a cure for the Ebola epidemic. The event was held at the beautiful Spirito Brussels, where UNICEF short clips of the various rescue missions were watched.
The highlight of the night was in fact the auction which was led by MEPs, including Julie Ward and Brando Benifei who became auctioneers for the evening, selling luxurious items such as “Jamon de Bellota”, two weekends in luxurious resorts, exclusive golf courses and skincare products among other special prizes. This conveys the various MEPs becoming involved with the projects of young people and helping to make awareness of a very important cause. At the end of this fabulous auction, ThinkYoung managed to raise 7000 Euros which went towards benefiting the Ebola relief programme.
As this event was organised by ThinkYoung, a think tank run by young people with the aim to make lives better for young people, it was inspiring to see that the concerns of the younger generation were to bring together people from different industries to observe what is happening in the world and emphasize the fact that we can make a difference together. By highlighting the impact of Ebola and how many people are being affected, the young people who organised the event were able to portray how youth can be involved with the future and make a difference.
*Nikita Gaur is ThinkYoung Media Officer. Born in the UK, Nikita is currently in her second year at Aston University studying English Language. With a huge passion for journalism and social media, Nikita has spent most of her time working for a number of youth magazines, publishing articles and tweeting away. She hopes to do what she loves and add to the social media of ThinkYoung and create a positive impact.