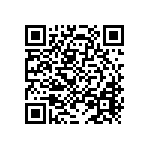 ThinkYoung, the first think tank concerned with young Europeans, present their Erasmus Generation Survey, «aimed at highlighting the policy direction that the youth want and expect from the European Institutions».

By Nikita Gaur*
Young people are the future. At ThinkYoung this is what we base our work on; young people should be involved in the decisions within European Institutions as they will be the individuals affected the most. Our Erasmus Generation Survey, in collaboration with Burson-Marsteller and Europe Decides, aims to highlight the policy direction that the youth want and expect from the European Institutions.
The survey contained 15 questions all of which related to the perceptions of the EU and policy responses wanted for the next 5 years. Over 1500 young people from 28 different European Union member states responded, this conveys how young people are keen to share their views and make an impact on their own futures.
The main outcomes from the survey included the following:
•50% of young people believe that the EU would be able to compete at a world stage
•Looking at political views, 80% are interested in European politics, however, 36% believe that political parties are not as interested in young people as they should be
•46% of the young people surveyed believe their generation is better off compared to their parents’ generation
•2/3 think that, “Europeans share the same fundamental EU values, in addition to their distinct set of national values”
•The 3 biggest achievements, that the EU have accomplished, in the participants eyes were that EU citizens have the right to travel, live or study within another EU country, there is peace and stability in Europe and consumers benefit from free movement of goods
•The EU should prioritize growth and jobs, climate change and the environment and fight against corruption
•The EU should promote entrepreneurship more
•Finally, the EU can encourage young people to take part in EU democratic life by allowing people to vote online, enhance exchange programmes between young people and much more.
The results of the survey were announced at our charity dinner held on the 3rd December in order to raise money for UNICEF’s fight against Ebola. The reason behind this was in order to portray to various Members of Parliament want young people wanted and that they are willing to speak up and get involved in making a difference to their future.
For more information on the survey and for full results, please visit: http://www.generationerasmus.com/
*Nikita Gaur is ThinkYoung Media Officer. Born in the UK, Nikita is currently in her second year at Aston University studying English Language. With a huge passion for journalism and social media, Nikita has spent most of her time working for a number of youth magazines, publishing articles and tweeting away. She hopes to do what she loves and add to the social media of ThinkYoung and create a positive impact.