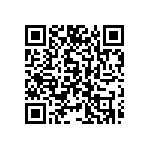 «We are very close to all the new “blue” anti-establishment conservative parties, from Hungary to Italy, Austria, France and UK. We are part of a paradigm change in Europe, that is listening to the people and fighting for their voices to be heard. Together we will save Europe and European culture for coming generations»

Petr Bystron (45), a Czech refugee from Communism with a degree in political science, was one of the founding members of the euroskeptic AfD party, and one of the first to forge alliances with other conservatives in Europe, like Milos Zeman in the Czech Republic, Marine LePen in France and Heinz-Christian Strache in Austria, with whom he founded the “Blue Alliance” between the Austrian FPÖ and Bavarian AfD. In this interview, released to Alberto Cossu and Filippo Romeo, Bystron describes the mission of the AFD, and the project for a new Europe.

AFD is a conservative, eurosceptic party which gained over 12% votes at the last national election and it is the main opposition to Merkel's governative coalition.

In this interview, released to Alberto Cossu and Filippo Romeo, describes the mission of the AFD, and the project for a new Europe.

What are the main political objectives, and the core values of your party AFD?
The Alternative for Germany is a conservative, Euroskeptic party that opposes mass immigration and wants Germany to take responsibility for itself again, rather than obeying unelected globalist bodies.

What role is the AFD going to play in the current German political system?
We currently are the leading German opposition party, and have become the second-strongest party in Germany, the youngest and most successful party ever founded in post-war Germany. Our job is to control and criticize the Merkel government, which has been ruling for 12 years now.

What are the potential threats generated by the current migration process, and your political proposals to better manage it?
The mass migration sparked by Angela Merkel’s unconstitutional decision to open the borders threatens the fundamental values of Enlightenment Europe through an uncontrolled influx of people who are often anti-West, anti-woman, anti-semitic, anti-gay rights, etc. This undemocratic mass migration has divided Europe like never before and imposed irresponsible burdens on its people. While Spain and Italy suffer youth unemployment of 40-50%, we are busy imposting unqualified young illegal migrants from Africa and the Middle East. Merkel and her globalists are fond of talking about European values and solidarity, which.- they are doing their best to undermine. We need to stop this mass migration with police action and send unqualified immigrants home.

What is your idea with regard to Europe, and your future project about it?
We are Europeans through and through, committed to a strong Europe working together. Europe is the home of democracy and the Enlightenment, and brought forth the greatest culture in the history of mankind. The only problem is this montrous apparatus called the EU, which no one elected and no one wanted except for a few elites. Every time the people were allowed to vote on more EU and less freedom, they voted against it and were overruled. The British have voted to regain their independence, and will fight for a real Brexit, which we support. The EU is breaking apart, the Euro is a mistake that urgently needs to be reformed. We want to return to a fair trade and customs union of sovereign nations and do away with the unelected bureaucracy in Brussels.

The structure of the euro-zone is unbalanced, affecting the southern economies and particularly Italy. Do you believe the system needs an overhaul ?
Yes. We need to start listening to our partners in Italy, Austria, UK, and Eastern Europe again instead of criticizing them all the time.

At European level what are the political parties closest to you with which you can share a political project?
We are very close to all the new “blue” anti-establishment conservative parties, from Hungary to Italy, Austria, France and UK. We are part of a paradigm change in Europe, that is listening to the people and fighting for their voices to be heard. Together we will save Europe and European culture for coming generations.

What is your idea of foreign policy, specifically that related with the major players on the global stage such as the United States, Russia and China?
We want the major powers that support democracy, national sovereignty and freedom, from Washington to London and Moscow, to work together to protect our freedom and fight our enemies, especially radical Islamic terror.

In your opinion, is NATO's role and objectives always valid or need an overhaul?
NATO has secured peace in Europe for 70 years, much more than the EU, which mainly causes strife and problems. But NATO also needs to consider the security worries of our neighbors, especially Russia, and work together to solve them. NATO was originally formed as a defensive alliance and needs to focus on the new, asymmmetric threats such as terror that are threatening us right here, right now in Europe. Germany must once again take responsibility for defense and repair the broken and neglected Bundeswehr, which has become a joke under Angela Merkel.