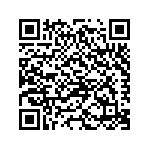 The government has agreed to outlaw smoking in selected public areas, but stopped short of efforts to introduce a nationwide ban

The German cabinet approved a smoking ban in railway stations, public transport and federal buildings in a first step away from the country's image as a smokers' paradise. The government also agreed to raise the legal age for buying tobacco from 16 to 18. The bill, which will come into effect on Sept.1 if passed by parliament, was a compromise that stopped far short of efforts to introduce a nationwide ban on smoking in public places. This would have included restaurants and schools, a similar attempt at such a ban had also previously failed. "We regulated what we could at the federal level," said Health Minister Ulla Schmidt after the vote. "I think a lot of people will now literally be able to breathe a sigh of relief." Consumer Affairs Minister Horst Seehofer said the law would mark "a big leap forward" in protecting Germans from passive smoke after attempts to allow facilities to introduce voluntary bans proved ineffective. Coalition couldn't push through tougher legislation A federal study released earlier this week showed that only 11 percent of restaurants have created non-smoking areas, far below the voluntary limit of 60 percent the industry agreed to maintain in March 2005 if the government refrained from passing binding legislation. The left-right coalition was forced in December to abandon tougher proposals because the interior and justice ministries feared such a ban would violate the constitution, which gives broad legislative powers to the federal states. The 16 state health ministers agreed last week to a limited smoking ban in restaurants and cafes. But they left a wide berth for regions to create loopholes. State premiers are to give their accord to the rules next month. Germany tolerant of lighting up The bill also included exceptions. It allowed separate smokers' lounges in federal buildings, for example, and gave the tobacco industry until July 1, 2009 to convert vending machines to allow age checks. Germany is one of Europe's most tolerant countries when it comes to smokers. In the European Union, Ireland, Norway, Malta, Italy and Spain have all banned smoking in bars, restaurants and other public places. Britain and France have also passed legislation or decrees to ban smoking in designated areas.