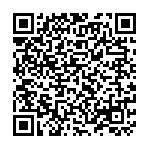 Two Italian case study's highlight the successes of third sector involvement in the penitentary system. The models for the future? Distance learning and social reinclusion

Distance learning for inmates
Online jobs, videoconferencing, distance learning; all are technological tools that we are slowly learning to come to grips with and that can give people chances. Especially to those who, like the inmates at the Rebibbia New Complex Prison in Rome, would not otherwise have access to the many services that technology enables them to reach. For the last few months 40 of the inmates at the Roman prison have been following distance university courses in philosophy, literature, law and economics, just like their fellow students ?on the outside?. The students interact virtually via videoconferences with their tutors.

The project has been made possible thanks to the collaboration between the prison staff, the University of Tor Vergata, the Regional Prisons Commissioner and Fastweb, Italy?s largest internet provider.

The costs of the project have been reasonable, about 300 thousand euros, that were mostly invested into the creation of an independent network between the University and the prison. Thanks to fastweb?s know how, the security of the system is guaranteed - an important element considering the particular circumstances surrounding these students ? and it will now be possible to copy the system elsewhere.

Change fosters change
This distance learning for inmates project is a positive one that deserves credit for a number of reasons. Firstly because it offers a ray of hope to those prison corners that are often dark and alienated. Secondly because it is a homeopathic remedy to the antisocial behaviour of those who end up in prison. The Comissioner for Prisoners Rights, Angiolo Marroni, says that ? raising the cultural standards within the prison is a means of promoting a feeling of legality amongst the inmates?. Finally, this project is important because it has the potential to spark off other similar small revolutions ? an example? Following a student?s request to have more contact with other students within the prison, the prison director, Carmelo Cantone, answered that ?it is our aim to foster dialogue and we hope to create areas within the prison for the students?. What this means is that change fosters change, and by introducing even one new element to the system, structural changes can and do take place.

A Consultation in Rome comes up with a revolutionary new prison plan
Since 2003 a consultation involving 80 public and private bodies experienced in the penitentiary sector have worked on a plan for prisons that is soon to become the model for Europe?s prison policy.

It has taken four years, but the consultation has managed to revolutionize Rome?s prison world, and has received much recognition from the Minister of Labour, Cesare Damiano, who wants to copy the scheme else where in Italy. Following a meeting in Warsaw, that was held as part of the 2001 -2008 Equal Programme, it is now being proposed as a model for the rest of the EU.

The spokes person for Rome?s latest best practice, Luigi Di Mauro, presented the plan in Warsaw were it was well received by the audience.

Vita: What is the winning element of Rome?s prison plan?
Luigi Di Mauro: The plan has involved the active participation of all actors involved. The Consultation was made up of public bodies, police unions, prisoner representatives and even the consulates of their countries of origin. Many heads working together to achieve an objective that was in no way imposed from above. At a table with this kind of energy, any miracle is possible. This leads to the second winning element, that is that private donors have invested because they believed in the seriousness of those involved.

Vita: Can you give us a few examples of private bodies that help prisons?
Di Mauro: A farmaceutical company called Pfizer, that financed the games room and gardens at the prison in Rebibbia. Or the Chamber of Commerce that donated a gym to the inmates at the Regina Coeli prison. There is no use trying to hide the fact that the public sector needs to be funded by the private sector. Even an efficient and organised organisation like our own struggles without private investment, so private action will be needed if the 5 thousand inmates in Rome are to be re- included into society (not forgetting the 8 thousand who carry out their sentences outside prison walls). How else can they be dealt with?

Vita: I?ll leave you to answer that question! ?
Di Mauro: When an ex-convict is employed by a company, they are given the support of a tutor who must establish a relationship with the employer. This gives them a guarantee of sorts. This is the reason why the third sector is so important, because with out the support of volunteer workers and social collaborators this system would implode.

Vita: How does the Consultation work?
Di Mauro: It is divided into 5 separate commissions: health, culture, equal opportunities, training and minors. These meet regularly to elaborate the guidelines that are to be presented to the institutions. As time goes on the institutions are responding better: one of the most recent results has been the formulation of an agreement of understanding with the Court for the re-inclusion of those who are serving alternative sentences. The Consultation has gained itself quite a reputation and has become a real point of reference for legal officers.