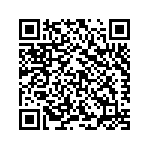 Jean Léonard Touadi, 48 years old, from the Congo but in Italy since 1979, is an immigrant, an intellectual and a journalist. His is the hardest task to carry out in Rome these days: that of overseeing security in Rome after the murder of Giovanna Reggiani in Tor de Quinto, a neighbourhood north of Rome, that a 24 year old Romanian immigrant stands accused of. ?The social conditions of immigrant neighbourhoods is the real emergency we have to face? declared Touadi last month. Vita Europe interviewed him today, after the degeneration of the social situation.

How have we got to such a situation?
In the months following Romania?s entry into the European Union Rome has had to cope with up to 400 new arrivals every day. These arrivals have been challenging not just in terms of their quantity but also their quality. What I mean by this is that they are different to other immigration fluxes that we have faced before, from Poland, Ethiopia or Albania. These new arrivals from Romania tend to be unplanned, uncoordinated and they do not mould to the models that the local government has set up and planned for. For example, Romanian immigrants have been found to arrive without having taken into account that they must pay rent, nor do they get in touch with shelters set up to house immigrants. The result is improvised housing solutions along the river banks, and even associations that work with immigrants have been caught off guard. We have tried to approach the problem in the same way that in the past we have dealt with other refugee camps, but we have found that here we face completely new and complex issues. We have found that within these ?squats? there are a mix of people, from those who work honestly to make a living to those who use the housing as a base to run their criminal activities. We are talking about squats that in 10 months alone have provided housing to over ten thousand people.

Against this backdrop, what solutions have you administrators come up with?
Over the course of the last few months I have seen exasperation grow to a frightening degree. It is frightful because it fires intolerance. People ask us whose side we are on and who will protect them. The danger of these feelings and statements is quite obvious. So what can we as administrators do? To me the answer is to try and stand in the middle, between both weaknesses. On the one hand the weakness of a fragile population that is asking for security, and on the other the weakness of an incoming, needy population. The road to social inclusion must keep these two sides together, without confusing them. If not, what will explode is a war between the poor, where the victim becomes the target.