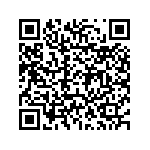 Sao Paolo's street children are urban refugees, living in exile in their own streets. It is time to face them and lend them a helping hand, by Auro Danny Lescher and Cláudio Loureiro

Barefoot, greyish teenagers, wearing rags mingle with the city&apos;s speedy downtown rhythm. Their presence arouses a combination of different feelings: indifference, fear, repulsion, anger and compassion. It also brings us to wonder how we have become used to the bizzare.

Whenever we hear or talk about the ?revitalization? of São Paulo?s central downtown, inevitably we speak of a major and extensive reform, concerning physical spaces - squares and buildings - as well as social relations. The human dimension that dwells in the symbolic territory, making it pulse.

Out there, the negligence for those children, which is real, brings about an intimate dialogue that we all silently carry. Perhaps, like them, we also feel that the lightness with which they are brushed aside is brutal, as is our lack of astonishment. How can we perceive living alongside so much violence?

From a distance, what one see&apos;s is a bunch of glue-sniffing youngsters, scratching the ground in a desperate attempt to find a last crumb of crack. But drugs are strong anaesthetics capable of dulling the pain that those who have suffered deeply disruptive events have had to face. Street children and immigrants, the exiled, foreigners and soldiers on the front.

When the bonds with their families are broken and the youngsters are pushed into central downtown streets, these children and teenagers from the peripheral zones of the city become actors of the urban scene, small Quijotes who are in exile within their own towns. They fight dragons and windmills, bathe in the fountain before the main cathedral and fill their crack pipes with stones on the cathedral steps.

The youngsters&apos; daily routine is characterized by a war that has no purpose. Like soldiers on the front, they need to be inebriated to face another day, loosing their dignity along the way. Whenever they are urged to reveal any information about their roots or previous habits, they put on an estranged attitude ? they are radically alien to whatever is reminded or offered as familiar.

These children and teenagers deserve the humanitarian status of ?Urban Refugees?. And what they need, most of all, is unconditional hospitality. To acheive this we must step back from the urge to "save the flock" and should instead take the time to listen to their stories, show an interest in their habits, their slang. In short, we should face their provocations and the sadness and impotence we feel when we compare them to the child we once were. This way we can create a bond and the wish to have access to health, to education and culture begins to show up through that greyish colour. Silence is cruelty, a smile is beauty. Everybody is hungry for dignity.

We all are deeply indebted to these small people. We deserve the revitalization of our city?s central downtown in both its senses. The outer reform of the physical central area, and the other one, the inner one that lies within ourselves.

A new architecture of social actions that will increase the expectation of change within the inner spaces of each of São Paulo&apos;s citizens and increase our capacity of amazement simply by being able to apprehend the bizarre within the bizarre and the child within the child.

About the authors:
Auro Danny Lescher, 43, is a psychiatrist at the Federal University of São Paulo (UNIFESP), psychotherapist and coordinator of Projeto Quixote.

Cláudio Loureiro, 39, is clinical psychologist and coordinator of Moinho da Luz (Municipal Secretary of Welfare and Social Development and Brazil Foundation ? daily assistance of street children in the central area of São Paulo).