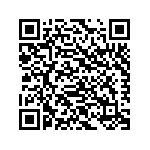 A five day workshop to teach public officials and civil society about children's rights. This is the aim of Tirana's first ever Child Rights Academy launches by CRCA

PRESS RELEASE - To coincide with Human Rights Day on the 10th December, the Children&apos;s Human Rights Centre of Albania (CRCA) & Defence for Children International Albania officially opened the first ever Tirana Child Rights Academy. The Academy will run for five days and aims to strengthen the capacities of public officials and civil society representatives for the protection of children&apos;s rights in Albania.

The Tirana Child Rights Academy is part of the CRCA programme "The Rights of the Child a Democratic Right" funded by Olof Palme International Center and SIDA Sweden.

Participants of the first Tirana Child Rights Academy include representatives of the Albanian Government at national and local level, representatives of national NGO&apos;s and media outlets. The major issues that the lecturers will cover Academy will cover during five days are: the concept of children&apos;s rights, international standards for children, child labour and exploitation, children in conflict with the law, child abuse and child participation. Several workshops and debates among participants are previewed to take place during the Academy.