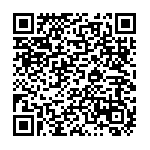 2008 is the UN's International year for sanitation. Focusing on meeting Millennium Development Goals, a number of simple actions can lead to best practices

2008 is the International Year of Sanitation 2008 as designated by the United Nations General Assembly. The year will focus on meeting the Millennium Development Goal target of reducing by half the amount of people who live without access to adequate sanitation by 2015.

The inititive aims to highlight the need for urgent action to help more than 40 per cent of the world?s population.

Between 1990 and 2004 more than 1.2 billion people worldwide were able to access improved sanitation, but an estimated 2.6 billion people - including 980 million children - have yet to be reached. This should be one of the single biggest development challenges facing the world today.

It is often hard for people in the developed world to understand how simple things and basic education can change lives of thousands of people. Proper sanitation, which includes handwashing with soap, averts the spread of diarrhoeal disease, which is the second biggest killer of children under five. Lack of toilets exposes women and girls to violence and abuse as some are only able to defecate only after nightfall and in secluded areas.

Improved sanitation, safe toilets, wastewater management and hygiene promotion will all help to prevent the transfer of pathogens in human excreta.

Simple actions to brak the poverty cycle
These simple actions will be the guidance to improve health, dignity, social and economic development, to protect the environment, to allow children to go to schools and will help people break the cycle of poverty.

The year will include major regional conferences on sanitation to share best practices and help accelerate progress, including those that focus on school sanitation.  It will also help encourage public and private partnerships, to take action and to raise their funding.

Many activities and events are planned both inside and outside the UN system surrounding Sanitation and Hygiene Week (15-21 March) and World Water Day (22 March). One of the most significant events will be the UN-Water's observance of World Water Day (this year to be celebrated as World Sanitation Day) that will be celebrated in in Geneva on 14 March by UNICEF, WHO and the Water Supply and Sanitation Collaborative Council (WSSCC).