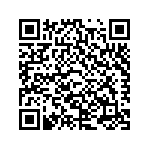 According to the newly appointed Ombudsman for Minorities these are historically interesting times with retiring baby boomers and growing immigration. Here are the challenges that lie ahead

Johanna Suurpää, a lawyer by training and former head of human rights policy at the Finnish Ministry for Foreign Affairs, recently became Finland?s new Ombudsman for Minorities, replacing Mikko Puumalainen. The Ombudsman for Minorities is an independent authority established in 2002 for the advancement of the status and legal protection of ethnic minorities and foreigners as well as to promote equality and good ethnic relations. During her five-year term, Suurpää will supervise compliance with the Non-Discrimination Act and attempt to combat discrimination by issuing statements and opinions and launching initiatives.

What made you apply for this job?
It was actually a very easy decision. This post is directly related to the human rights work that I have been doing for a long time now ? long enough to feel like my vocation. I was also drawn by the fact that we are living through historically interesting times ? the simultaneous retirement of the baby boomer generation and growing immigration make it difficult for society to process these rapid changes. There are plenty of challenges ahead. On the other hand, we also have our first ever immigration minister and a new immigration policy programme giving high priority to work-based immigration. It seems that now is a potent time to act.

How much of the Ombudsman?s work is to do with immigrants and refugees in proportion to other minority groups?
Swedish speakers do not belong under our jurisdiction as they have other channels of addressing their grievances. In fact, purely linguistic discrimination is not under our jurisdiction at all. But, in theory, if it is a question of discrimination of a Swedish immigrant on ethnic grounds, then this is entirely another matter. We haven?t had any cases like that ? at least not yet. If we think in terms of percentage, immigrants form the largest group of our customers, although we regularly hear from our Roma and Sami clients too. This is natural since we now have more and more immigrants coming to Finland, especially for work, and this phenomenon is certain to continue during the five years in office that I have ahead of me.

How do you see the role of the Ombudsman for Minorities in relation to the immigrant population in particular?
I see the role of the Ombudsman as a catalyst facilitating the process of integration at the level of both society and individual, providing checks on discrimination but also making sure that newcomers are aware and make use of the services available to them in Finnish society. We aim to ensure that these facilitating services, such as interpretation services, do work.

Do they work today?
At the purely administrative level they do but, of course, there is some variation. There is also plenty of variation in attitudes and we know that. For example, the situation of immigrant children and youth will be an important focus of our work. There is a lot of room for improvement there ? starting from daily name calling in schools. No one usually intervenes in this name calling and it is considered to be almost normal. I don?t think this is how it should be. Also, the right to speak one?s own mother tongue at school is often infringed. We get a lot of feedback especially from Russian-speakers that their children don?t feel comfortable speaking Russian at school. And it doesn?t take long for the child to stop using their own language in public and start thinking of it as something bad. If you think about this from the point of the child?s psyche ? the message that your mother tongue is not welcome is a very strong one. I believe we have to intervene in all of these issues and this is where Finland has a lot to learn at the moment. It is important to acknowledge what?s going on and identify and implement good practices and this is not the responsibility of the children or youth themselves but of the adults around them.

What can you do as an Ombudsman to change things?
The means that are available to the Ombudsman can be divided into providing assistance in concrete cases where individual clients turn to us for help and, on a more general level, participating and expressing opinions in the public arena. There is a lot of interest in the work of the Ombudsman. We constantly make initiatives and work together with different authorities, who take us seriously. We also contribute to the media debate, but first and foremost we work with state authorities and point out to them various things that are not working but should be working. In my opinion, we receive very thorough replies to our inquiries and we are taken seriously. This is how we try to fulfil the mandate of the Ombudsman and this mandate is very wide indeed.

Your mandate includes promoting good ethnic relations, how do you go about this?
Luckily, we are not doing this work alone. We are working together with the new immigration department under the Ministry of the Interior, for example. But perhaps our extra value in the field comes from the fact that we are constantly working with customers and getting their feedback. It is very important when people contact us ? even in those cases where we cannot offer them concrete help ? because we can use their individual cases for our background research for taking initiatives, expressing opinions and bringing these questions to the fore in the public discussion. The day-to-day contact with people who feel themselves subjected to discrimination is a specialism of ours that other actors in this field do not necessarily have. And this is exactly how we can act as a catalyst and promoter of good ethnic relations.

How does the office of the Finnish Ombudsman for Minorities differ from its Nordic counterparts?
There is a discussion currently going on in Finland about expanding the mandate of the Ombudsman to cover all different areas of discrimination by, for example, merging offices with the Ombudsman for Equality. At the moment, we don?t have a special body for the disabled even though Finland has ratified the appropriate convention. I personally believe that we should be moving in this direction and this is exactly what is going on at the moment in both Norway and Sweden. In Sweden, they are also merging the offices of the Ombudsman for children, sexual minorities and disabled people. In Denmark, there is no office of the Ombudsman but there is a minorities board instead.

Which matters in your wide mandate are particularly close to your heart?
There is so much scope in this work; we try to look into a very wide array of issues ? from internet racism to extreme right-wing bands. But if I were to single out particular issues, the first issue would be the situation of immigrant children and youth in Finland. I am also concerned about immigrant women. Both of these groups are easily invisible and they won?t necessarily actively pursue their rights by themselves, which is why we have to pay special attention. We have to maintain contacts with these groups and also bring their cause into the public domain.