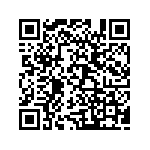 The Social Progress Index is a new benchmark that ranks countries by social and environmental performance, rather than economic output, such as GDP or per capita income.
The index, this year at its second edition, looked at 132 countries all over the world (last year it assessed 50 countries) over three categories: basic human needs, foundations of wellbeing, and opportunity. Over 50 indicators were used to measure outcomes, including health, sanitation, shelter, personal safety, life expectancy, sustainability, tolerance and inclusion and access to education.
New Zealand ranked first, followed by Switzerland, Iceland and the Netherlands. New Zealand scores particularly well on political rights, access to modern communications and school enrollment, despite its GDP per capita is only 25th globally.
The Social Progress Index is an initiative by the Social Progress Imperative, a US-based nonprofit created to support the development of the SPI and to help political, philanthropic and civil society leaders promoting effective social innovation, and by Harvard Business School Professor Michael Porter.
The index shows that economic growth does not automatically lead to social progress. The USA, for example, came in 16th overall, despite having the second largest GDP per capita (behind Norway, that placed fifth). The US ranked poorly on health and wellness, as well as on access to basic knowledge, with just 92 per cent of children at school. And also: Costa Rica, a middle income country which placed 25th overall, has a higher social progress than South Africa, even though they have similar GDP. The reason for that are Costa Rica’s progressive environmental and healthcare policies.
Besides the US, some of the world’s wealthiest countries did not score well, with Germany in 12th place, the UK in 13th, Japan 14th, and France 20th. All of them except for Germany did poorly on environmental sustainability.
Apart from Brazil, the BRICS countries have low rankings on social progress which shows that, for China and India in particular, rapid economic growth is not being converted into better lives for their citizens.
Chad ranked last, below Central African Republic, Burundi, Guinea, Sudan, Angola, Niger, Yemen, Pakistan and Nigeria.