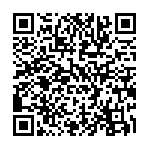 The European Women’s Lobby, the largest umbrella organisation of women’s associations in the EU, campaigns for a robust Maternity Leave Directive to ensure that all women in Europe have equal rights.

In the beginning of the Summer, the European Commission threatened to withdraw the Directive in 2014 in the name of ‘red tape’.
The proposed Maternity Leave Directive was adopted democratically by a large majority of the European Parliament in its first reading on 20 October 2010. It has nonetheless been blocked by Member State governments (Council) for over three years. The proposal provides a number of forward-looking measures including 20 weeks fully paid maternity leave, strengthened measures to protect women from dismissal on return and two weeks fully paid paternity leave also available to same sex couples. With the forthcoming hearings for the new European Commission, the European Women’s Lobby (EWL) and its members will seize the opportunity to get the maternity leave directive back on the political agenda. As the Commission has an appointed Commissioner on gender equality they now call upon her to take action.
The EWL invites everyone to make their voice heard to make sure that the Maternity Directive is back on the European political agenda!
Women continue to earn 16% on average less than men and it is often at the moment of childbirth that the gender pay gap kicks in, with life- long often irreversible consequences, including the fact that women receive on average 40% less pension than men. Despite existing laws that protect pregnant workers, we know that more and more women today are experiencing discrimination in the work place as a direct result of pregnancy and/or birth. This is why it is urgent to strengthen the rights and protection of women during pregnancy and on return to work.
“The threat to remove the Maternity Leave Directive from the legislative process is serious and undermines the democratic process of the European Parliament’s adopted position. This negates Europe’s rhetoric on its commitment to gender equality and effective work-life balance for women and men in Europe”, states Joanna Maycock.
The EWL calls on the new Commission to keep the Maternity Leave Directive on the agenda. They call on the European Parliament to maintain its position, adopted by an overwhelming majority in 2010. The EWL also calls on the Council and the Member States to engage and move forward in negotiating with the European Parliament, to make their official position known, to support a robust Maternity Leave Directive to ensure that all women in Europe have equal rights.