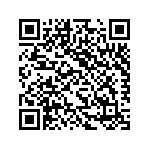 The European Women’s Lobby launch their latest project WEstart, to gain a better understanding of the state of play of women’s social entrepreneurship in Europe.

On November 19th , the United Nations Global Day on Women’s Entrepreneurship, the European Women’s Lobby (EWL) will launch their latest project WEstart: Mapping Women’s Social Entrepreneurship in Europe.
The core aim of the new, privately funded, year-long pilot project is to gain a better understanding of the situation and state of play of women’s social entrepreneurship in Europe.
This new project has already generated a great deal of interest both from EWL member, as well as outside organizations.
Joanna Mayock, EWL Director remarked: «A feminist analysis of the state of play of women’s social entrepreneurship in Europe is both vital and relevant as the European Union looks to find ways to address both mass scale unemployment and growing social exclusion. As we seek to promote a feminist economy and a new way of approaching income-generation and employment, we need to understand the risks and opportunities women-led, women-focused social enterprises present. Our position as the largest umbrella organisation of women’s associations in the European Union puts us in a prime spot to do so.»
The project will support opportunities to further develop mutual learning, transnational partnerships, mentoring, transferring knowledge and skills, identifying good practices and providing new employment and business opportunities to women across Europe.
Focusing on ten European countries, WEstart is the first step in a longer term strategy to help foster women’s social entrepreneurship by connecting social entrepreneurs and advocating for policy change that supports women’s leadership in this growing sector.
Mapped countries include Ireland, United Kingdom, Germany, France, Spain, Bulgaria, Sweden, Lithuania, Hungary and Italy. The initial mapping will ensure that attention to paid to providing an urban-rural balance, diversity among women social entrepreneurs (for example, include women from ethnic communities), the type of initiatives covered, the type of legal status that governs ‘social entrepreneurship’, the resources available at country and European level, the needs and gaps identified, the barriers and the strengths.