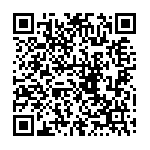 We met Gerry Higgins, founder of the Social Enterprise World Forum to talk about social enterprise in Britain and discuss the measures that should be adopted to foster the growth of the sector in Italy as well

“Big society is invisible to most social enterprises in the Uk.” Gerry Higgins is extremely clear. CEO of CEIS, the main agency in Scotland to promote and support social enterprise development, Higgins is also founder of the Social Enterprise World Forum, which will launch in Milan in July 2015, organised by Acra-CCS. We met him to talk about social enterprise in Britain and discuss the measures that should be adopted to foster the growth of the sector in Italy as well.

What is the situation of social enterprise in the UK? What was the role played by Cameron’s big society to promote the growth of the sector?

Scotland has a progressive social entreprise movement and a really good relationship with the government. It’s written into the national performance agreement that in order to achieve a fairer, greener, more prosperous society , social enterprise will have to be in every community, playing a greater role. Public policies have increasingly shifted the focus on prevention, and social enterprise has a clear advantage when it comes to preventive services. The government has created jobs for social enterprises, by having policies and structures so there is a Social Value Act in the Uk and a Procurement Reform Act in Scotland, both have influenced the way public authorities procure goods and services, taking into account "economic, social and environmental wellbeing" when seeking to purchase services from suppliers and these policies have had an impact. The Big Society however is not relevant at all to the work we do. One of the projects of the Big Society Network was to activate the participation of the local community, involving a million people. It actually managed to reach 64 people. The Scottish referendum did that more than the Big Society.

What are the most effective measures in the promotion of social enterprises, in your opinion?

To do it well, you need to create an ecosystem that has a number of dimensions. In our experience it should include a focus on social investments but also capacity building. Raising awareness is also important. We have found that working to embed social enterprise in the school curriculum at junior school level is very effective. In Scotland we have a Social Enterprise Academy which develops projects in middle schools, to inform children about the principles of social enterprises. Students are involved in social enterprise projects and identify target groups in their community or in development countries. It’s successful because it informs them at a time when they haven’t thought fully about their aspirations and they are enthusiastic about social change.

What are the essential tools to develop the sector?

You need access to capital but at the moment capital is designed by this standard commercial finance industry which doesn’t reflect the kind of activities nor the characteristics of the sector. Some of the new models that are being developed have potential but they still need to be explored. Social Impact Bonds are an example, much of the sector feels that it puts too much control on the investor and it is to be understood wether it can be replicated, but they are something to work with. A model that we feel has real potential is introducing community so that if the investors are from the local community, they will be likely to play an active role in the program, by engaging their network for example, not because they want a return for their investment but because it is good for their community. So, there are a few variations in the corporate social impact bond that are being developed which make it very interesting and maybe more applicable in some circumstances.

The Social Enterprise World Forum will arrive in Milan in 2015. What do you expect from the event?

We have an agreed commitment with Acra that this year’s forum will be quite critical, confrontational , disruptive and there will be no space for rhethoric. We will focus on failure as well as success, to gain an indepth understading of what is really working and what the users of the services think about it. I guess our aspiration is that by combining the people who are leading this movement in Italy with people who are leading this people around the world that would provide a momentum for social enterprise in Italy and beyond.