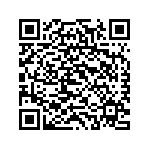 The boat capsizes, children torn away from their parents by the waves, official data refer to only about two deads, the others are survivors. However the numbers do not add up: “ On the 8th of August desperate parents who couldn’t find their children anymore showed up. Up until now there has been no feedback”, denounces Arci Milano professional who is trying to shed light on the case together with a growing number of people. This is what could have happened.

What is going to be told next is a tragedy. A tragedy that can still have a happy ending or at least bring some comfort to those involved. On Aug 2nd 2014 a shipwreck occurred off the Lybian coast. Official figures say that there are two deads whose bodies have been carried to Porto Empedocle together with 268 survivors by Peluso patrol ship and at least other 300 survivors have been carried to Taranto and Salerno welcome centres by other two Mare Nostrum patrol ships, Fasan and San Giusto. Most of all are Syrians.
In the next days, as it has been happening since months now, after the first enrollment , most of the people tries to reach northern Italy first and northern Europe then where they often have relatives or friends going through, in many cases, Milan Central Station. So, is everthing as usual? No, not this time. Aug 8th, six days after the shipwreck, some adults showed in front of Arci Milano offices telling professionals, among which Chiara Chierici, the most agonizing thing that could ever happen to parents: when the boat they were travelling on shipwrecked, they lost sight of their children. Young, very young, some of them aging just a few months, some others just a few years. "At least 20 underage disappeared into thin air.We have their names, their passport pictures, but we don’t know anything about their destiny to date."explains Chiara Chierici that from that day, together with the association Salam, keeps searching for information, calling and push for reports the authorities in charge (" I'm in very close contact with prefectures and social services of the interested areas, really available to collaborate, while we're waiting for the Ministry of Home Affairs figures. At the moment, the Navy is the only one not to have answered our requests", adds Chiara Chierici), in other words trying to keep hope alive for these desperate fathers and mothers that are now living in Milan dorms or have already left to the North, always ready to come back if there would be any news.
What can have happened to those people and why nobody knows anything about it? "The disembarcation has been confused and at the moment of enrollment no underaged has been declared, nor in Taranto or Salerno" says Arci Milano professional. Dramatic death in the water? "We cannot exclude it even because in the next days some of the survivors relatives remained in Lybia said to have read on newspapers about the recovery of at least 150 dead bodies in the sea without specifying, thought, if there were children among those bodies". But there could be another possibility that could give them a bit of hope: " it is possible that some fellow contrymen who survived the shipwreck seeing some kids by themselves, apparently with no parents, took them in their care declaring them as part of their families not to leave them alone" underlines Chierici."Extended" families that may have left to the North and noboby knowing whereabouts.
It's this possibility that lightens a bit the desesperation of the families that have lost their beloved now that pictures have been forwarded and could reach the right house. The same possibility that lights up the work of the professionals of the centres they are hosted at, of Arci and Salam association (for any information, here are the contacts: chierici@arci.it and associazionecooperazionesalam@gmail.com) that in Taranto follows the disembarkation, of Milan and Salerno social services, of the volunteers at the stations, as Central Station in Milan, and of many other institutions and people involved, journalists of this same newspaper, to search a truth that can be other than tragic.
List of some August 2nd shipwreck missing people:
Ragda Alshar, 55 years old
Ahmad Abu Kheshrif, 4 years old
Hoda Abu Kheshrif, 3 years old
Sandi Hasan, 10 months old
Nagam Sulaf Albalkhi,9 years old
Warda Abu Kheshrif,29 years old
Hassan al Hassan,18 years old
Nada Qala', 9 years old
Ali Qala', 8 years old
Giamila Qala', 4 years old
Bilal Qala, 8 months old
Wissam Hijazi, 30 years old
Sham Bashir Natfah, 5 years old
Enas Asayed, 17 years old
Marah Asayed, 19 years old
Reem Labbad, 22 years old (she is nine months pregnant)