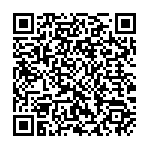 Amjad and Tahani Abdallah, 33 and 31 years old, have no more news of their children aged 8, 5, 3 and 1 year since the boat shipwrecked off the Lybian coast. Saved and brought to Salerno by one of Mare Nostrum ships, they now are in Milan looking for the truth: "Are they still alive? It's unbearable not knowing where they are". What follows is the agonizing report of the shipwreck. And last, but not least, the list of other missing people.