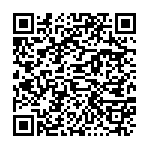 Connectivity infrastructures play a crucial role in the current geopolitics scenario. They create jobs, transform economies, and relations between countries. We discussed with Parag Khanna the impact exerted on the national state, the role of the macro-economic regions and big metropolitan area

Connectivity infrastructures play a crucial role in the current geopolitics scenario. They create jobs, transform economies, and relations between countries. We discussed with Parag Khanna the impact exerted on the national state, the role of the macro-economic regions and big metropolitan area. New technologies and automation are the drivers of the economic development. In this context China seems to be ready to play a geopolitical pivotal role by investing in the New Silk Road Iniziative.

Parag Khanna is one of the most prominent international relations expert and best-selling author. He has written many books, the most recent are Connectography, and Technocracy in America: Rise of Info-State and the Cities State. He is a Senior Research Fellow in the Centre on Asia and Globalization at the Lee Kuan Yew School of Public Policy at the National University of Singapore.

In your last book "Connectography" you state that the infrastructures are unifying the world and leading towards a more equitable and sustainable future. Could you provide more details and some case studies?
Connectivity infrastructures such as highways and railways, oil and gas pipelines and electricity grids, and Internet cables are very important infrastructures that promote mobility and trade, the exchange of capital and data, and generally trade and investment across borders. They create jobs, transform economies, and relations between countries. This does not necessarily lead to a more sustainable or equitable future, but it can. More efficient trade means for example that rather than destroy certain natural environments that are unfit for growing specific crops, those goods can be more easily imported. Furthermore, ease of mobility makes it far easier to find work within and across boundaries. There are many factors involved in whether or not infrastructure creates more equity, but we certainly will not have equity without better infrastructure.

Many scholars, at least in Europe, say the national states are becoming stronger than ever. How do you match this statement with the previous one?
Some scholars do say this, but they have a significant burden of evidence to provide which has thus far been very unsatisfactory. European governments have ceded more sovereignty than any others in the world and they continue to. They share a currency, trade policy, legal foundations, and have just agreed to deepen their military cooperation. There are no strong European states in terms of global influence, not even Germany. They are much stronger as a result of making themselves less sovereign because each of them is very weak alone. Some may be claiming back specific authorities such as control over migration, but this is in fact insignificant compared to the volumes of migration they accept as part of the European community and otherwise.

The macro-economic regions are emerging as new geopolitical entities. Could they help to speed up the disruption process of the national states?
They already have. Europe is the foremost example, but we see exciting developments in their regard in Southeast Asia and East Africa. Both regions are pooling resources, investing in common infrastructures, coordinating investment promotion and cross-border flows of goods, harmonizing immigration policies and so forth. They remain sovereign nations, but they are making these decisions precisely because they are finally more confident in their own stability and now see the value in joining regional formations that become more than the sum of their parts.

How are the big metropolitan areas, such as NYC, Dubai, Tokyo and Sao Paolo, eroding the power of the national states as you tell in the book The Cities State?
Global cities are very important drivers of economic growth for many countries. Sao Paolo, New York and Tokyo are the largest economic zones in their countries, even if they are not the capital cities. So the state relies very much on their productivity and growth for its own benefit as a source of resources and taxation. Governments must listen to their cities’ needs on trade and immigration policy, and that is increasingly the case. In a situation like Brexit where the government responded to the overall national sentiment rather than that of its most important city (London), the result is a disaster.

In which ways could new technologies and automation impact on the geopolitics order?
Labor automation will massively expand the manufacturing output of countries that deploy it on a widespread basis. It could make the cost of goods cheaper but also further erode jobs in the manufacturing sector. Countries such as China are pursuing automation as their labor force ages and will reinvest the profits from manufacturing exports into new industries and jobs. Other countries should do the same.

Do you think that technocracy can go along with democracy?
Absolutely. Technocracy needs democracy and vice-versa. Technocratic leaders must understand and respond to the sentiments and will of the people, and democratic publics need leadership that can balance competing priorities and think long-term.

The Chinese project of New Silk Road seems to clash with the posture of Japan and India. What is your view?
China has more neighbors than any country in the world, and all these countries (including India) desperately need better infrastructures, some of which can be financed by institutions such as the AIIB that promote the Belt & Road Initiative. India is the second largest shareholder in the AIIB. India does not like it when Chinese mega-projects encroach on its border or help Pakistan to strengthen its grip on its portion of the disputed Kashmir province, but this is not the big picture.

Recently the EU passed many protectionist measures against China. What do you think about this issue?
Europe’s major lever in the world is the size of its market and regulatory power. It is right to demand reciprocal market access in China before granting China “market economy” status. Europe and Asia more broadly have the largest trade relationship in the world, far larger than Europe’s trade with America. So the EU’s tension with China needs to be seen as part of a much larger process that benefits both regions.